Maarten Hoogstraten wasn't like other kids his age. When he was 10, his friends were buying toys to play with, but Maarten was already spending his cash on vinyl and CDs.

Though they didn't start out as DJs, once the demand grew for them to play out live, they learned how to mix on CDJs. Soon, they became regulars on the EDM circuit, playing massive festivals, like Electric Daily Carnival, Tomorrowland, and Coachella.

After all, they have a library of finished tracks and ideas they worked on together that have yet to be released and Maarten can continue his and Paul's dream of making the music that they heard on the radio as kids. The scene might have gotten bigger, and the production might be made on something more sophisticated than ProTracker, but, says Maarten, "The vibe is still the same. People want to have a good time, come together, and experience the music."

Don't miss this opportunity to catch Bingo Players at this exclusive Atlanta performance! Tickets for this event will sell out! Get yours now! Initial release tickets are available starting at just $15! 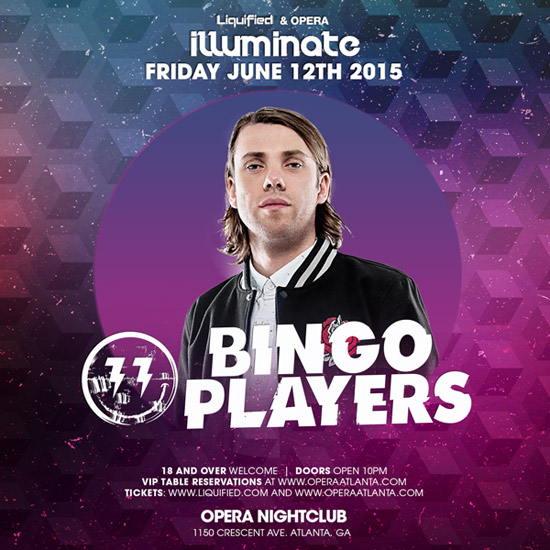