His earlier releases include "From Cali With Love", "GANGSTEROUS", "Rags to Riches" and "AGGRO" that launched his career in 2013. However it was with the release of "Tsunami" in collaboration with Canadian electronic music duo DVBBS that he shot to international fame. At first there was confusion about the actual creator of the track.

The single, had been a big hit at festivals for months and occasionally been attributed to DJ Sander van Doorn, but was confirmed by Pete Tong to be the work of DVBBS and Borgeous. In its world exclusive, Tong played the song on his show on BBC Radio 1 on August 16, 2013. Billboard magazine called it the most played tune at Tomorrowland, the 2013 Belgian electronic music festival.

Don't miss this opportunity to catch Borgeous at this exclusive Atlanta performance! Tickets for this event will sell out! Get yours now! Initial release tickets are available starting at just $15! 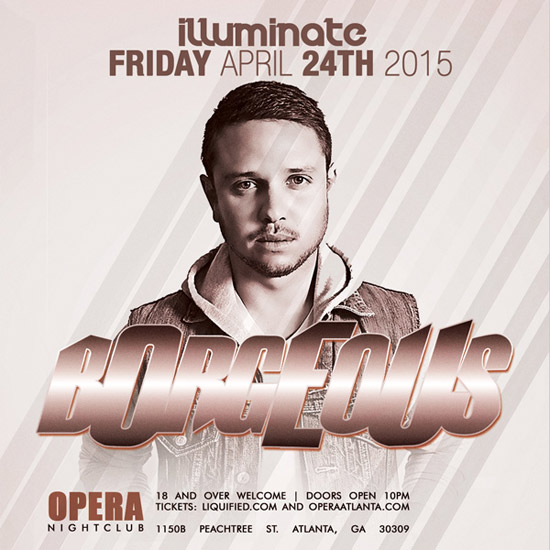