Chris Marshall, better known by his stage name Crizzly, is a DJ, and producer. Currently based in Austin, Texas, he began DJing in 2010, developing a style that incorporates dubstep, crunk, hyphy, drumstep, and trap, among other genres. He has released several singles and three mixtapes, titled Crunkstep (2012), Crunkstep Volume 2: Back 2 Da Streets (2013), and "Crunkstep Volume 3: Booty by Crizzly".

He has also remixed songs such as "James Brown Is Dead" by L.A. Style, "Hard in Da Paint" by Waka Flocka Flame, "Chain Hang Low" by Jibbs, and "Put It Down" by Bassnectar and Excision. In 2011 Crizzly co-founded two EDM club nights in San Antonio: Lifted Wednesdays at the Ivy Rooftop, and Play Thursdayzz at Club Rio. Around that time Indy Mojo wrote that Crizzly was "dominating the crunkstep/dubstep scene with his bass heavy mixes."

Crizzly tours frequently throughout the United States, and My San Antonio described a Crizzly show as "a 90-minute, adrenaline-addled hybrid of a frat party and dance marathon." He has played at festivals such as the Electric Daisy Carnival, Escape From Wonderland, the Warped Tour, and Lollapalooza.

Don't miss this opportunity to catch Crizzly at this exclusive Atlanta performance! Tickets for this event will sell out! Get yours now! Initial release tickets are available starting at just $15! 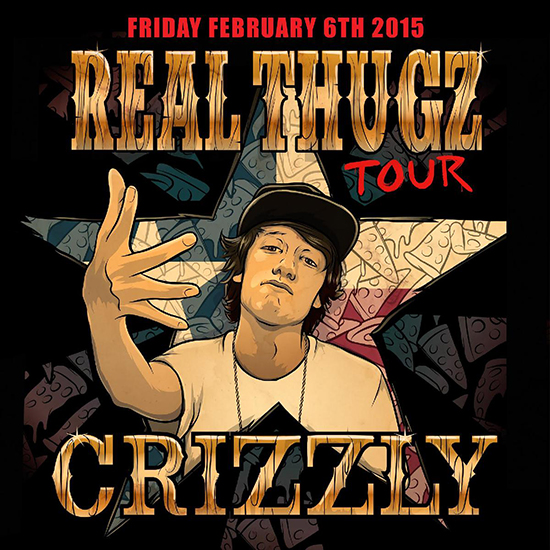