Hailing from Hungary, Myon & Shane 54 have achieved extraordinary success in the international dance music scene, having established a solid reputation for themselves with notable releases including numerous Beatport number ones and consistent rankings among DJ Mag's Top 100 DJs. They produce for some of the biggest names in music, are constant fixtures in set lists of some of world's best known DJs, and regularly feature in a multitude of EDM radio show playlists.

Myon & Shane 54 also host their own weekly radio show "International Departures", frequently one of the most popular music podcasts around due in large part to their shameless, all-encompassing approach to mash-ups.

In addition, their extensive tour diary "International Departures TV" provides an in depth view of life on the road for the well-traveled duo.

Don't miss this opportunity to catch Myon & Shane 54 at this exclusive Atlanta performance! Tickets for this event will sell out! Get yours now! Initial release tickets are available starting at just $15! 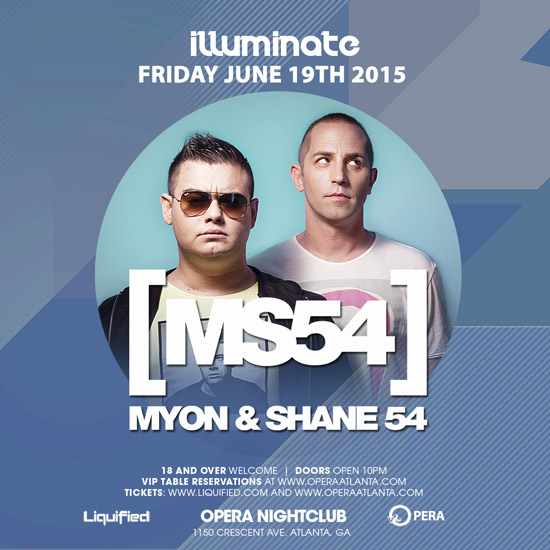