Master craftsman of melancholic melody and the purveyor of razor sharp edges - he is Simon Patterson. Famed for 17 consecutive #1's on Beatport (including 4 in 2013 and 3 already this year) as well as all other reputable stores with tracks like 'The One', 'Shadows' (with Astrix), 'Brush Strokes', 'Dissolve', 'Northern Lights', 'Here and Now', 'Latika', 'Thump', 'Smack', 'F-16', 'Bulldozer' and 'Mood Swing', Simon Patterson's production back catalogue is an astonishing list of hit after hit record.

Hit records, from an illustrious decade long career, that retain absolute credibility in both the underground as well as the overground. After scores of international live shows and over 50 weekly radio broadcasts Simon's Open Up brand was firmly established in 2013 as the main destination for quality underground trance and techno..

With his own Residency show on BBC Radio 1 about to begin - which is a continuation from his series of In New DJs we Trust broadcasts in 2013 - Simon's current popularity and position in the UK market is as important and relevant as it is worldwide.

Headlining festivals and clubs all over the world as well as guest appearances at ASOT (400, 450, 600, 650), Creamfields, Tomorrowland, Electric Daisy Carnival, Mayday, Beyond Wonderland, Global Gathering etc Simon Patterson is pioneering a new sound and new clubbing experience that incorporates a fusion of cutting edge audio and visual experience.

Don't miss this opportunity to catch Simon Patterson at this exclusive Atlanta performance! Tickets for this event will sell out! Get yours now! Initial release tickets are available starting at just $15! 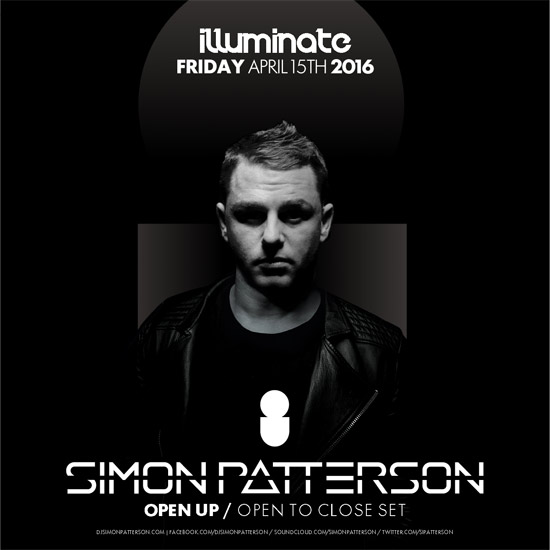