Opera with My Favorite Sin presents tyDi in Atlanta
Friday, May 1st, 2015 at Opera Atlanta

tyDi (born Tyson Illingworth, 1987) is an Australian song writer, music producer and DJ specializing in electronic dance music. From Queensland, tyDi was signed by Armin van Buurens Armada label at 17 and was Australias No.1 DJ in 2008 and 2009, the youngest winner of this award.

He studied at the Queensland Conservatorium of Music and graduated with a Bachelor of Music Technology.[1] In 2009, his first album, Look Closer, reached No. 2 in the Australian Dance charts and in 2010 he won "Best Break-Through DJ" at the International Dance Music Awards (IDMA) in Miami, receiving the award from Tiësto. His second album 'Shooting Stars' was released in 2011. It reached No.1 on the Australian, Canadian, Finnish and UK iTunes Dance charts and No.4 in the USA. Between 2008-12 tyDi was included in the annual DJ Mag Top 100 DJs poll, with his highest position at No. 48 in 2011.

In October 2012, tyDi signed a worldwide publishing deal with Rondor/Universal Music and a record deal with Republic Records in April 2013. His third album, Hotel Rooms, was released 22 November 2013

Don't miss this opportunity to catch tyDi at this exclusive Atlanta performance! Tickets for this event will sell out! Get yours now! Initial release tickets are available starting at just $15! 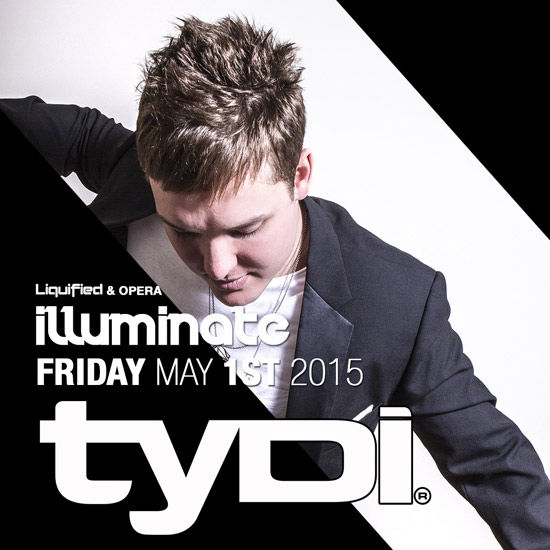